What is Sic Bo Multiplayer?

The objective of this game is not that different from other Casino games. It involves betting on specific dice outcomes. The gameplay goes like this, the player will place bets by putting chips on areas depicting outcomes they want to bet on. Then the game shakes three dice closed in a dome. The player wins for every number or sum they have predicted and lose if their predictions were wrong.

Note:  Malfunctions of any sort (software or hardware) voids the play.

How do I place a bet in Sic Bo Multiplayer?

The objective of the game is for the player to bet on the winning card which contains the highest value either on the banker’s hand or player’s hand, and also the game may result to tie. 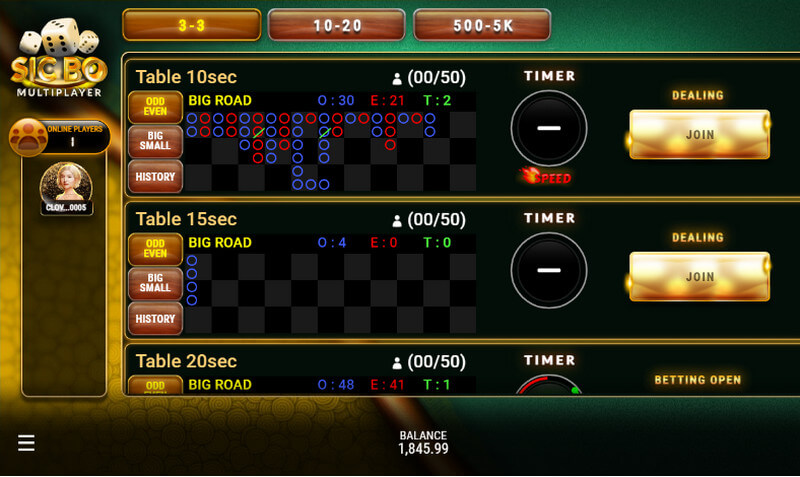 When the player launches the game, initial stage is the game lobby. Players can choose the table limit and the betting timer they prefer before joining a game table.

Note:  There is a speed logo on a table that uses a faster betting timer. 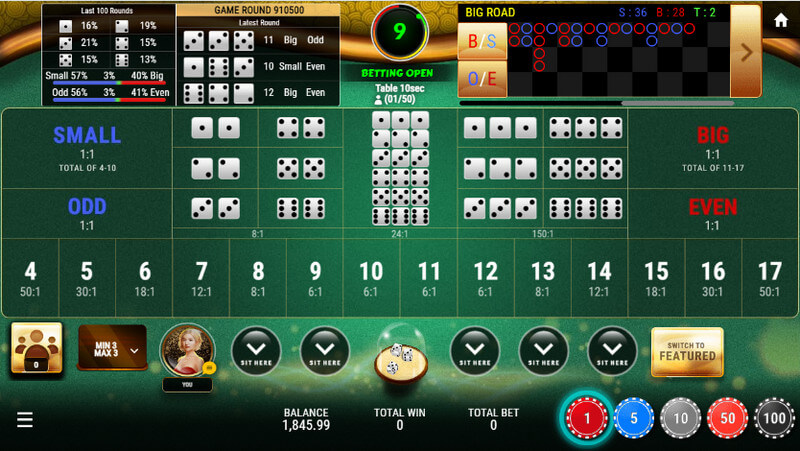 After the player joins a game table, players can directly bet on any betting options during betting open.

The player can place a bet by clicking on the preferred betting option the bet amount would depend on the selected chip value. 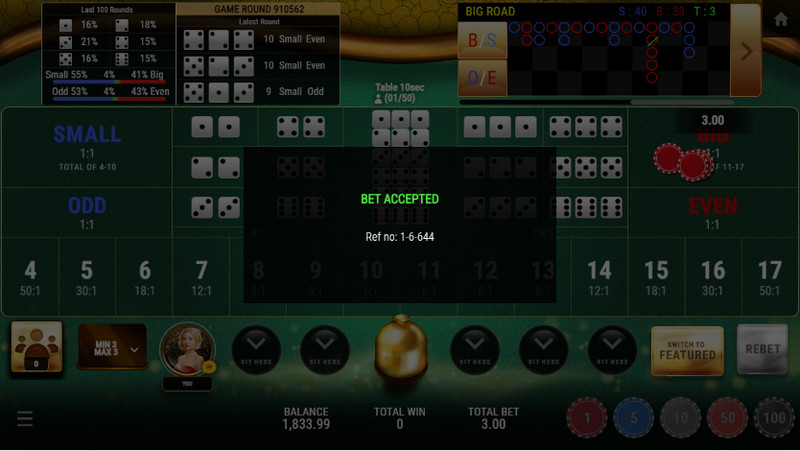 Figure 5. When the Betting Timer Expires

When the betting timer expires that is the time for the game to confirm the players bet by sending a pop-up message.

Right after the pop-up message that is the time for the game to show the animation and show the results.

Note: Winning Betting options will be highlighted right after showing the round result. 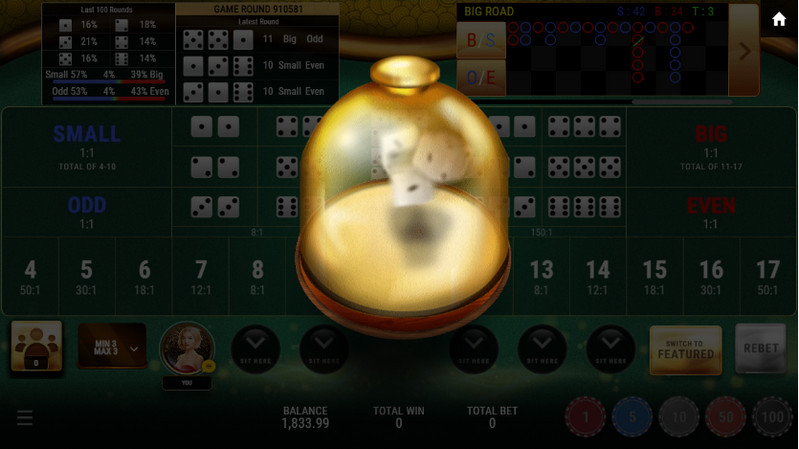 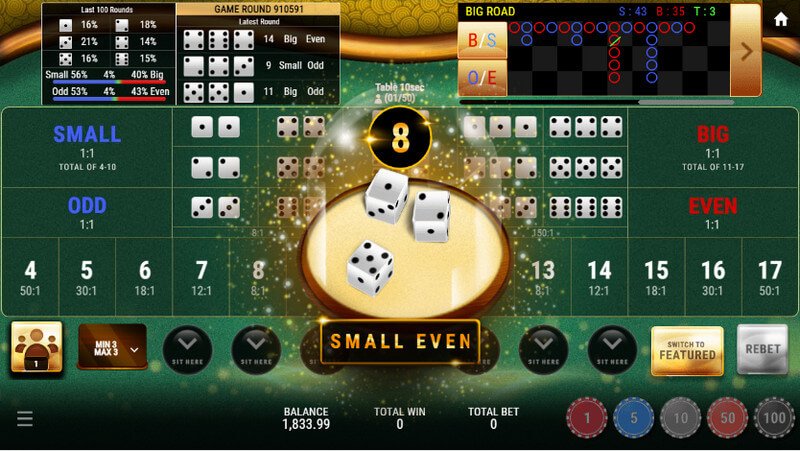 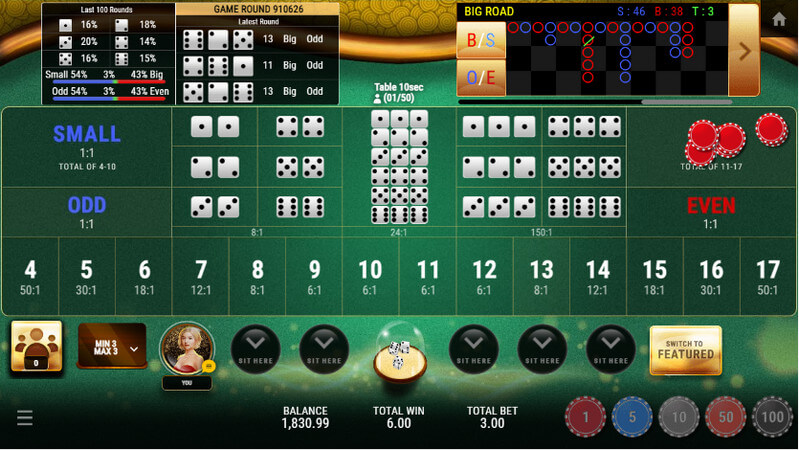 Rebet button will appear after a player bets on the last played round. Its function is to bet the same amount on the same betting option/s.

Standing Player Button by default is always on the game table UI which displays the current standing players on that table.

Sit Here Button allows the player to sit on a seat. There are 6 seats that the players may occupy. Every time a player joins a table they will appear as a standing player.

Roadmaps record the history and patterns of the current shoe. Some players may use this information to help them to bet. A new set of roadmaps are created when a new shoe is put to play. There are 5 kinds of roadmaps. The Big Road, Bead Road, Big Eye, Small Road and Cockroach Road. Two of the roads, The Big Road and Bead Road record the actual results of the shoe. The Big Eye, Small Road and Cockroach Road records the patterns of the shoe.

Chip values are available as follows:

Figure 17. Sample of Players own bet

The chosen chip value will be the bet amount that the player will use when they click on their desired betting option. 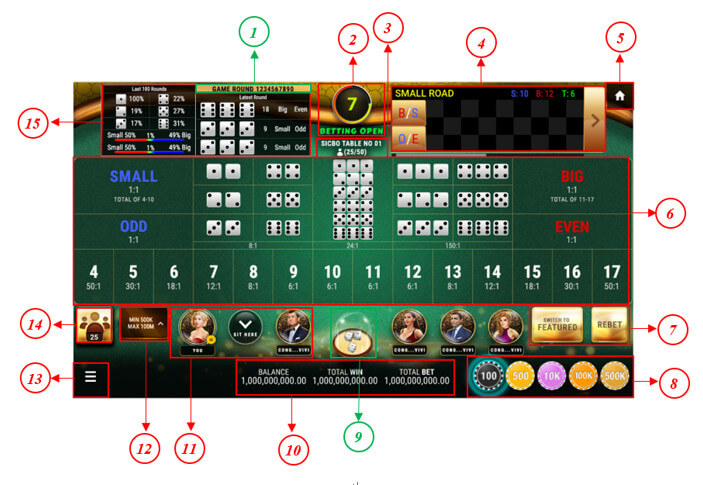 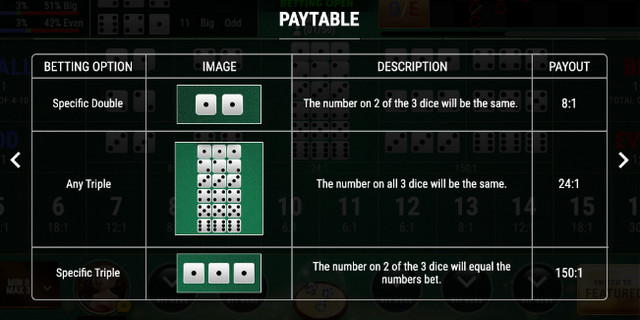 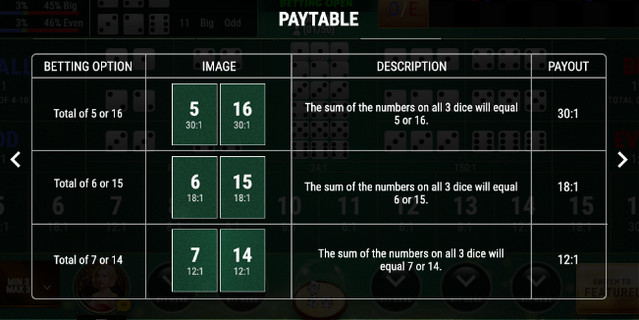 What is my likelihood of winning when playing Sic Bo Multiplayer?

Over a long period of time, the game is likely to average a return to the player of 97.22% of the total bets made.