8 standard decks of 52 cards are used, and these are re-shuffled after each round. Each deck is made up of 4 suits as shown below;

Each suit has 13 cards. Each card has a numeric value, as shown below;

The dealer draws two cards and places them face up on the table. A Red Dog marker is then placed on the table indicating the spread between the two cards the dealer has drawn.

There are then 3 different scenarios:

Below are examples of winning and Push hands. Once the result of a game is determined, any winnings are shown on the table and credited to your account.

In the example below, the two cards drawn by the dealer were consecutive. Therefore, the dealer did not draw a third card, the hand was declared a push and the original wager was returned. 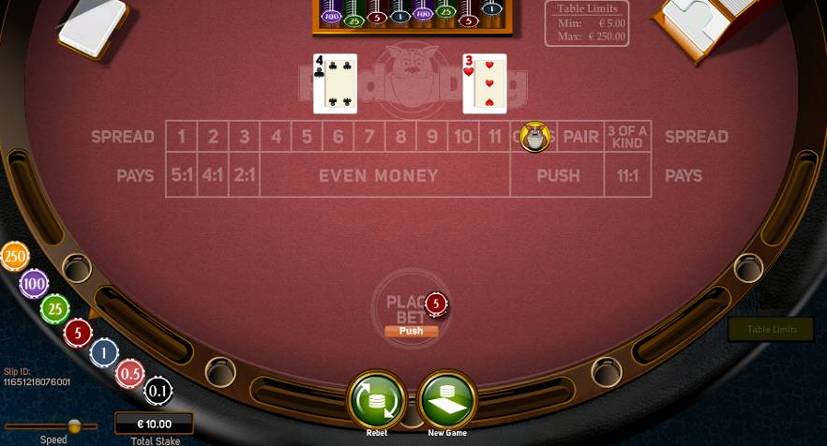 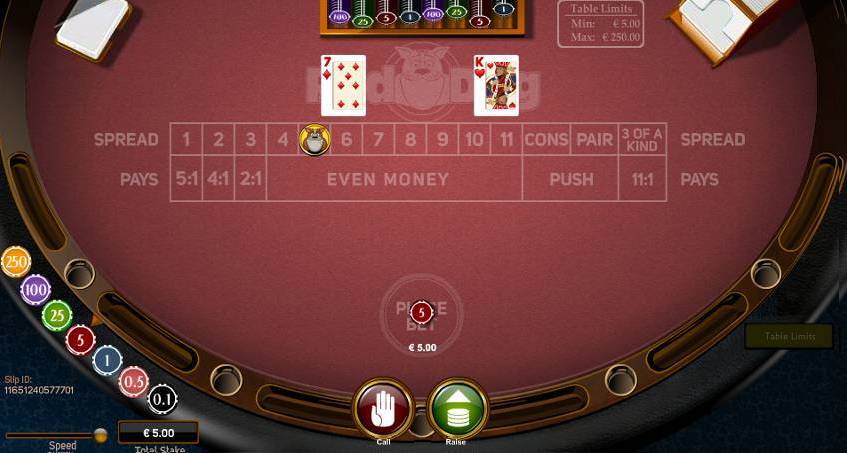 The player chose to Raise to raise his wager before the third card was drawn. 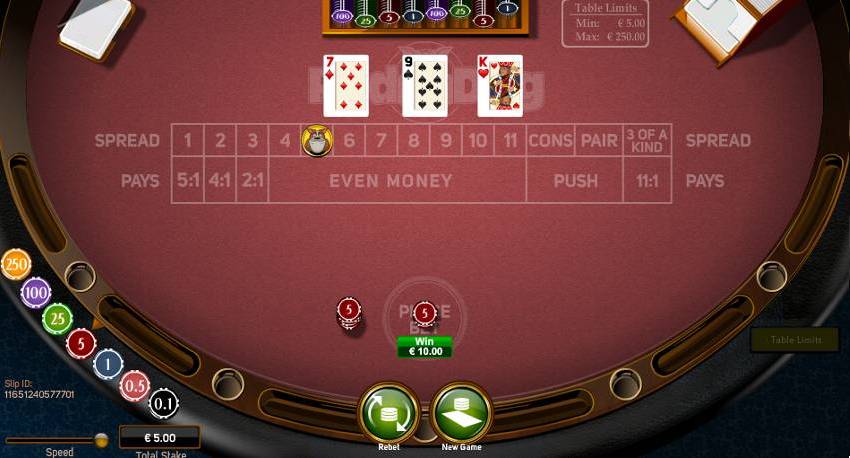 The third card drawn was 9. As this was within the spread values and not the same as either of the first two cards drawn, the player's bet won. 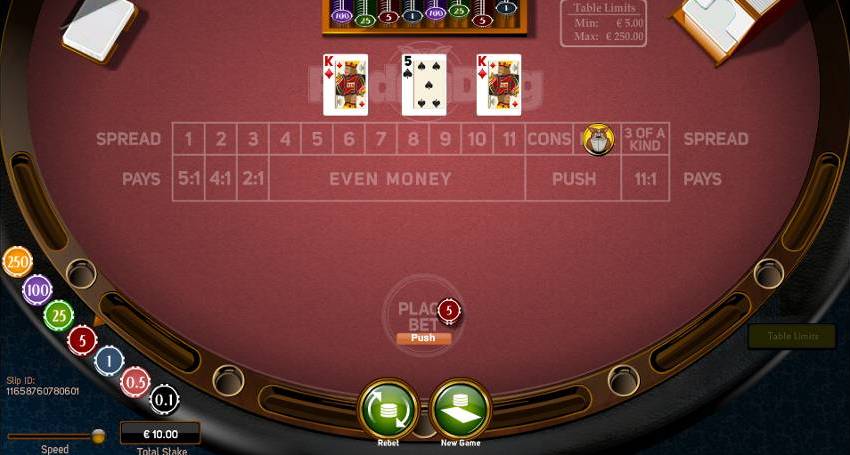 3 of a Kind Example; 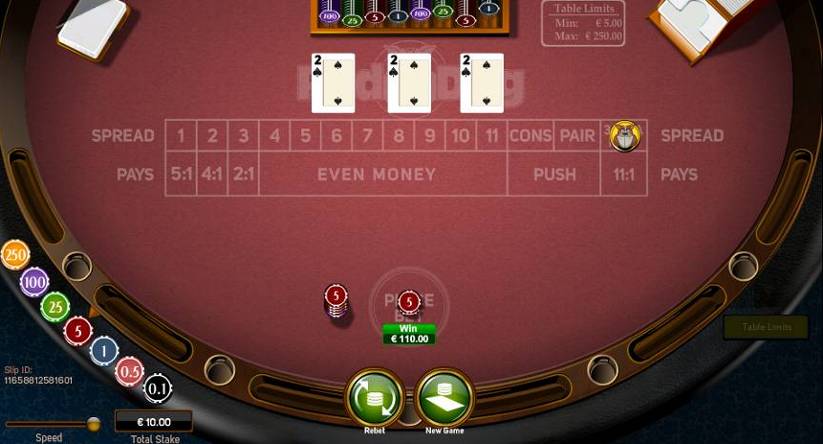 For game payouts, see the table below. All winning and raise wagers in non-consecutive hands are paid at odds determined by the spread.

Best Probability  is the best probability of a winning event occurring.