The objective of the game is to survive the chasing phase by getting all of the pellets in a maze. Get a payout and a chance to chase back the Mafias by getting a power up. Avoid to be caught by the enemy three times to be able to reach the next level, and finish the game before there is no life left.

Over a long period of time, the game is likely to average a return to the player of 98.55% of the total bets made. 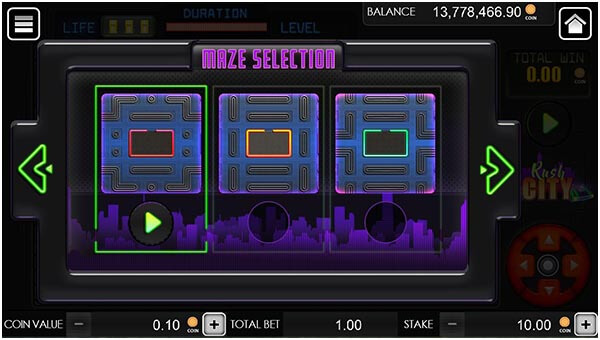 Figure 1: Rush City upon opening the game with maze selection

To start the game, the player will have to select one out of the three mazes available. Each maze have the same number of pellets. The player can also adjust the desired stake amount to bet, together with the coin value that will be shown on the game. The stake and coin value cannot be adjusted once the game started. The adjustment of stake amount will be enabled when the game is paused. If stake amount is 10, coin value is 0.1 when the player won x10 multiplier, the total win is 10. But instead of 10, the game will show 100 because of the 0.1 coin value. 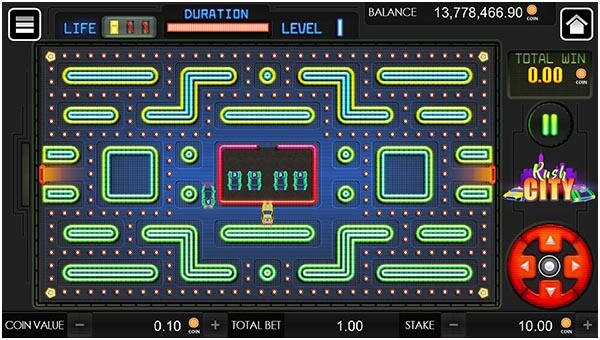 Rush City have three lives available. Once the player enters a maze, the main game scene will begin after the countdown. The player will have to use the game controller that is displayed in the lower right side of the screen to navigate the movement of the character. Aside from this the player can also navigate through keyboard arrows or using a mouse, and for mobile, tapping motion will also be recognized. The player can get all of the pellets all over the maze by passing through, while running from the Mafias, this phase is in the normal mode. 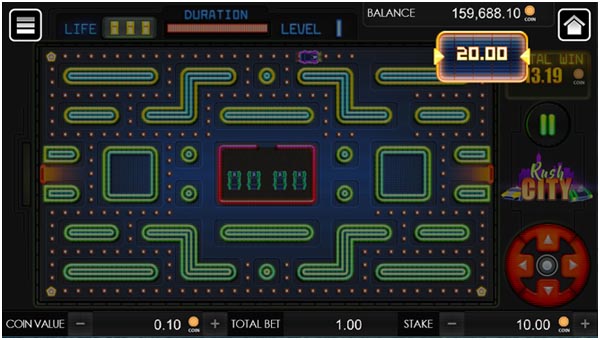 Figure 3: Rush City game while getting a power up and a multiplier

Each corner of a maze have power ups

that works for two uses: 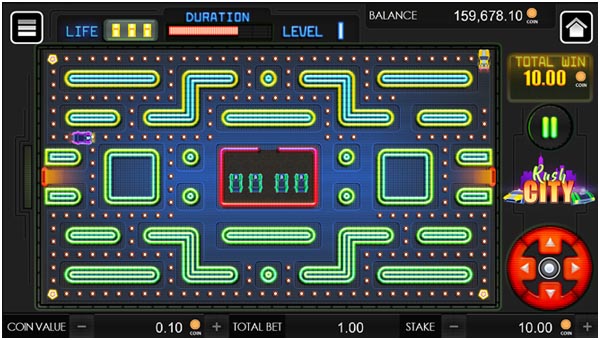 The game also has three kinds of bonus symbols which will appear randomly: 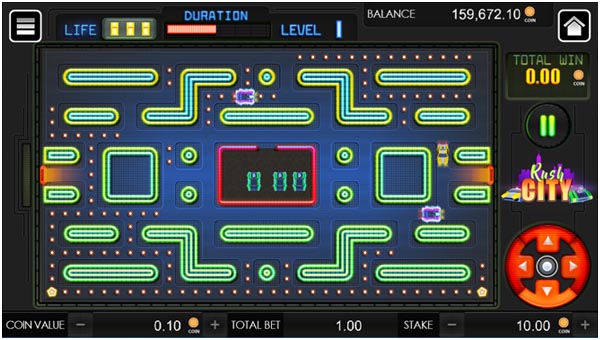 Figure 5: Rush City game with the player got a shield bonus symbol

When the player got all of the pellets and still have a life left, the game will step up to another level. In this game there are five levels, the higher the level the more bonus symbols and Mafias will appear. 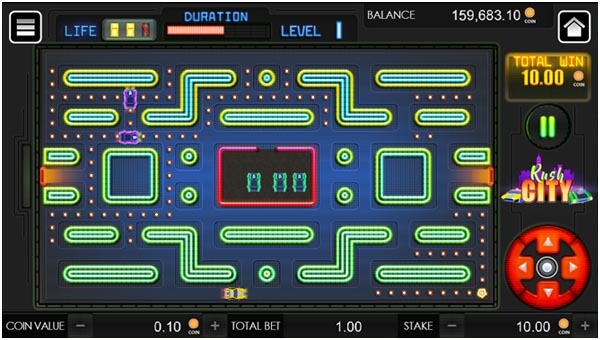 In the case where a player encounters a network connection issue or any other issue that block or stop the gameplay after "PLAY" button has been clicked, the system will wait for 24 hours for the player to resume the game otherwise it will automatically end the game.

The stake amount is converted to coin value(s).

Rush City game is composed of elements such as: 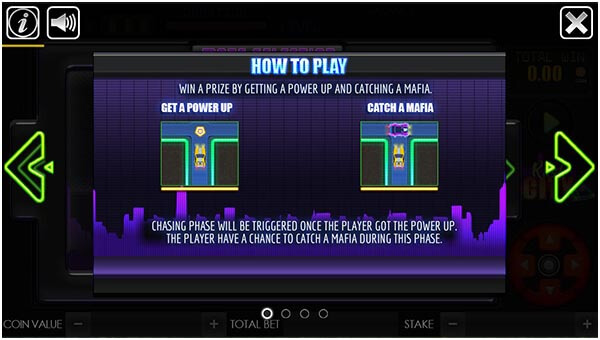 B. Life Count – this shows the amount of remaining life of the player.

C. Duration – this shows the time left for the duration of bonus symbols and power ups.

D. Game Level – this shows the level that the user plays.

E. Balance Textbox – this is the area where the available balance of the player is displayed.

F. Home Button – this button is used to close the current game and to go back to the Games' lobby.

G. Total Win Textbox – this is used to display the winnings when the player catches a Mafia and gets a power up.

H. Head Betting Option – this is the selection to bet “Head” illustrated with a dragon.

I. Controller – this is used to navigate the movement of the character in the game.
Note: The player can also navigate through keyboard arrows, clicking by a mouse.

J. Stake Selection – this is used to change the amount of stake. Clicking (+) will raise the stake amount and (–) to decrease.

L. Coin Value Selection – this is used to convert the stake. When it is changed, it will affect all of the game amounts.

These are 10 multipliers payout amount of Rush City: 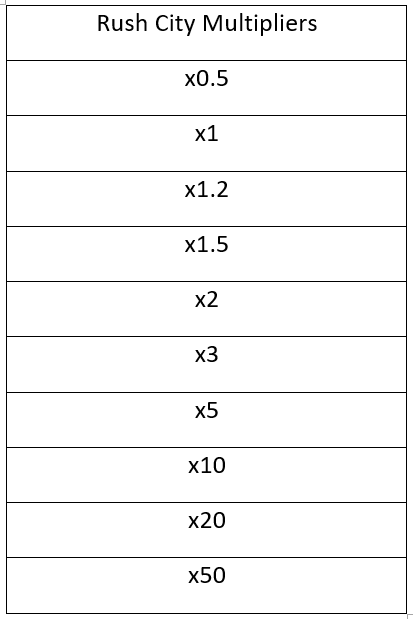