Victory and defeat decided in just a flash of swords. That is the way of Bushido - way of the warriors. Taste the steel of the Bushido Blade. 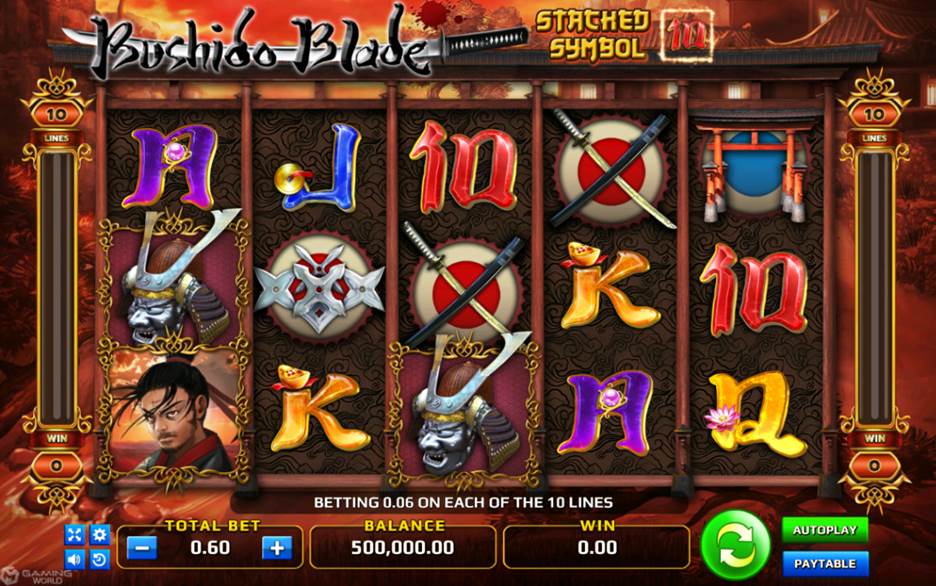 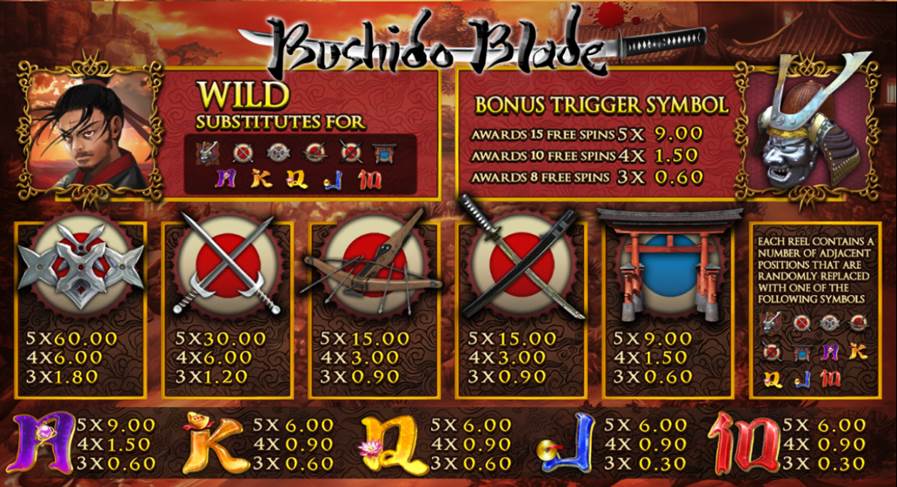 Each spin one symbol (except WILD) will be randomly chosen to be the STACKED SYMBOL. This symbol will appear a lots during the spins (because other symbols will be randomly replaced with that chosen symbol). 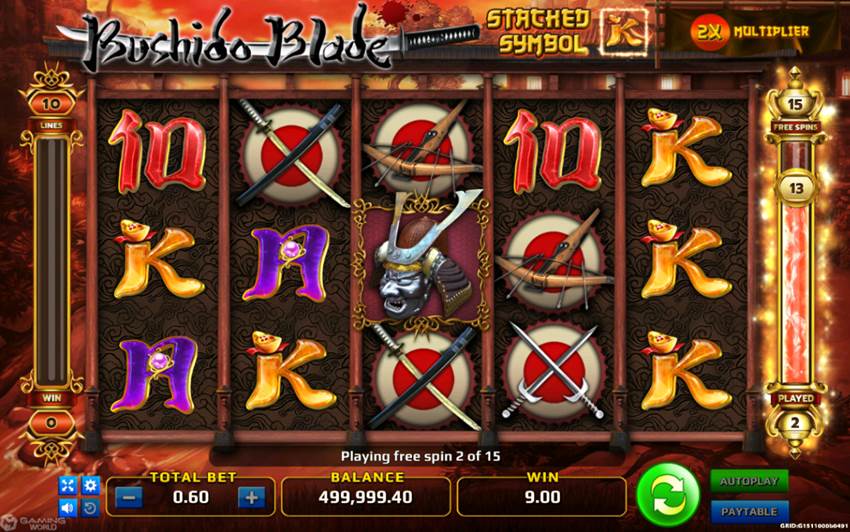 Tarzan and the Jewels of Opar Betting Rules

Before Time Runs Out Betting Rules