What is Clash of the Three Kingdoms?

The Clash of the Three Kingdoms is an epic Chinese war themed slot machine which features five (5) reels and thirty (30) pay lines. The symbols in the slot machine's reels are Chinese war themed, like horse, crossbow, flag, and the three powerful ancient Chinese Generals: Guan Yu, Zhou Yu, and Lu Bu. The other symbols such as the Ace, King, Queen, Jack, 10 and 9 are of Chinese handwriting design. The game has a Gamble Game option, featuring the two shields which will be available as a result of a certain winning combination from the regular spin. The game also features the Kingdom Defense Bonus Game that can be triggered if two Flag symbols appear on slot reels 1 and 5 respectively during the “Free Spin” event.

Do the unexpected, attack the unprepared! - Zhuge Liang. 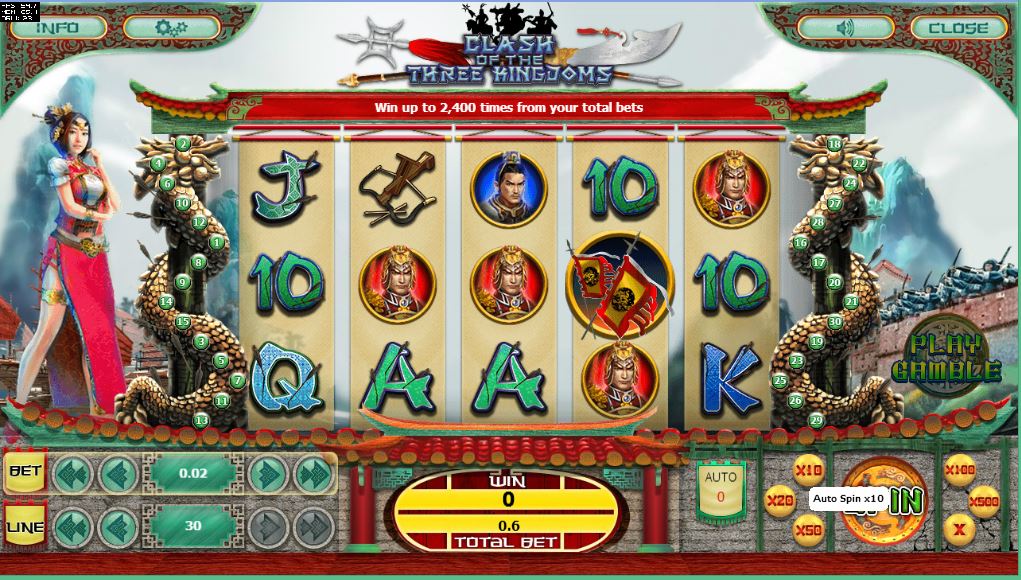 How do I play the free spins in Clash of the Three Kingdoms?

How do I play the Kingdom Defense bonus games feature in Clash of the Three Kingdoms?