The Muay Thai Legend is an exciting Muay Thai themed slot machine which features five (5) reels and thirty (30) pay lines. The symbols in the slot machine's reels are Muay Thai themed, like shorts used in Muay Thai, a fighter, kaad chuek - the art of fighting with wrapped hands, and mongkol - the headpiece worn by Muay Thai boxers.  The other symbols such as the Ace, King, Queen, Jack, 10 and 9 are of Thai design. 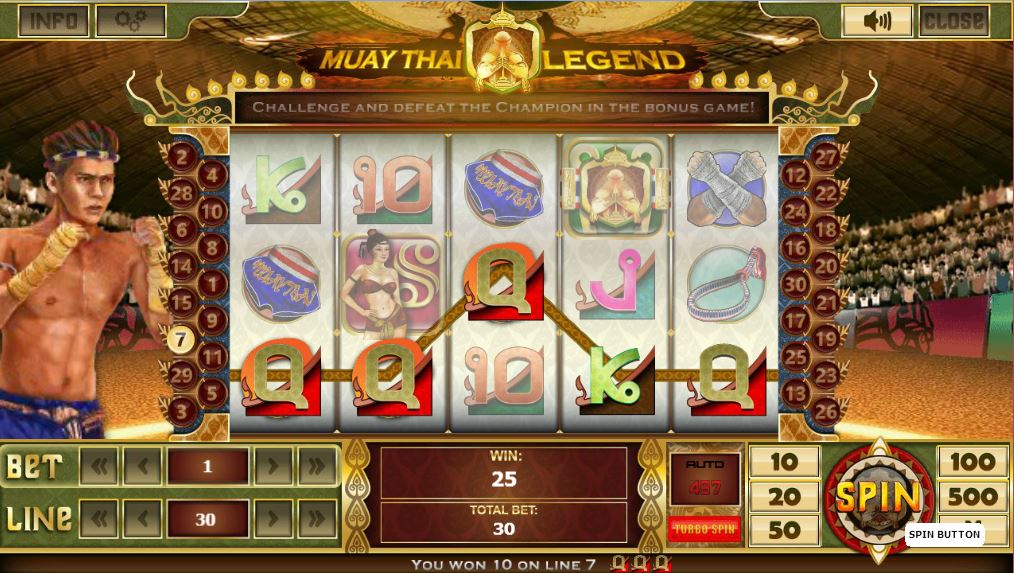 The game has a Gamble Game option, featuring the two cards which will be available as a result of a certain winning combination from the regular spin. The game also features Battle of the Legends Bonus Game that can be triggered if two Battle symbols appear on slot reels 1 and 5 respectively during the “Free Spin” event.

It's better to fight for something rather than live for nothing! Let's get it on!