Battle of the Legends Bonus Game

The Battle of the Legends bonus game will be triggered when the bonus symbol appears on reels 1 and 5 during the Free Spins game. In this bonus game, the player has to knock down his opponent. The player will choose cards to fight the opponent. By picking the card with the blue fighter will cause the player to attack the opponent. While picking the card with red fighter will cause the opponent to strike back. The different multipliers are ranging from x2, x5, x10, x20, and x50. The prize from the bonus game will be multiplied by the total bet. 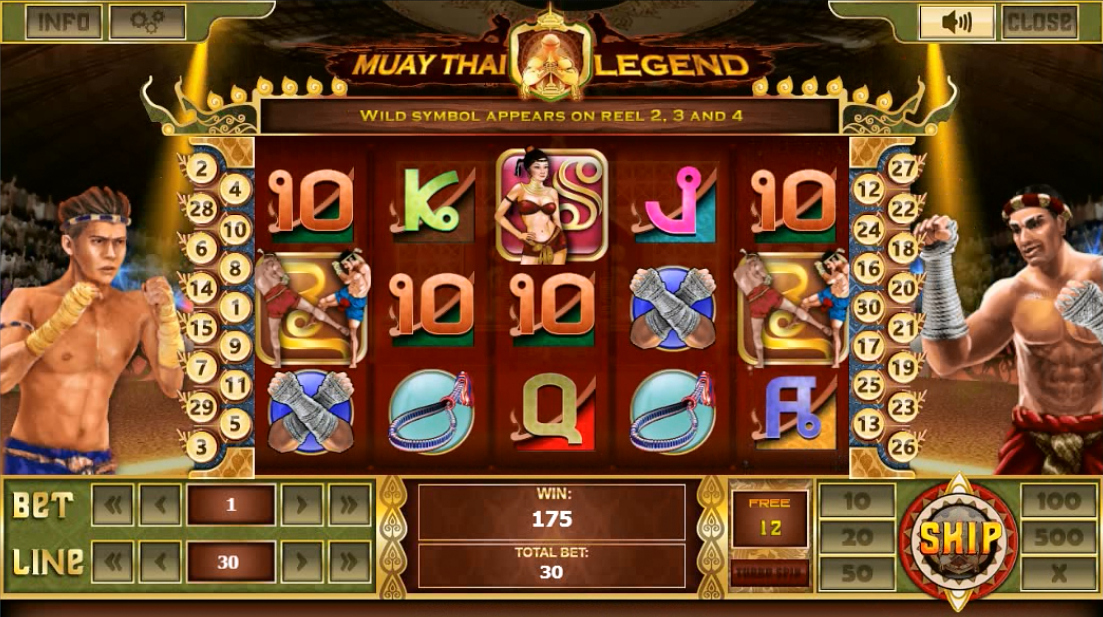 The Bonus Game is triggered when the bonus symbol lands anywhere on reels 1 and 5. 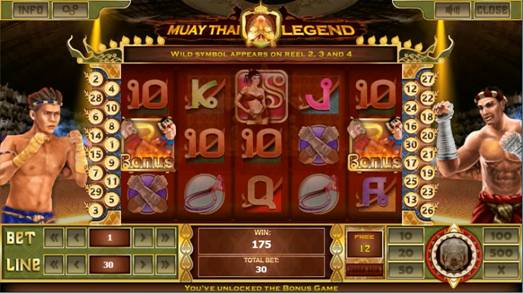 The Battle in bonus symbol will be lighted up to indicate the Battle of the Legends bonus game is being activated. 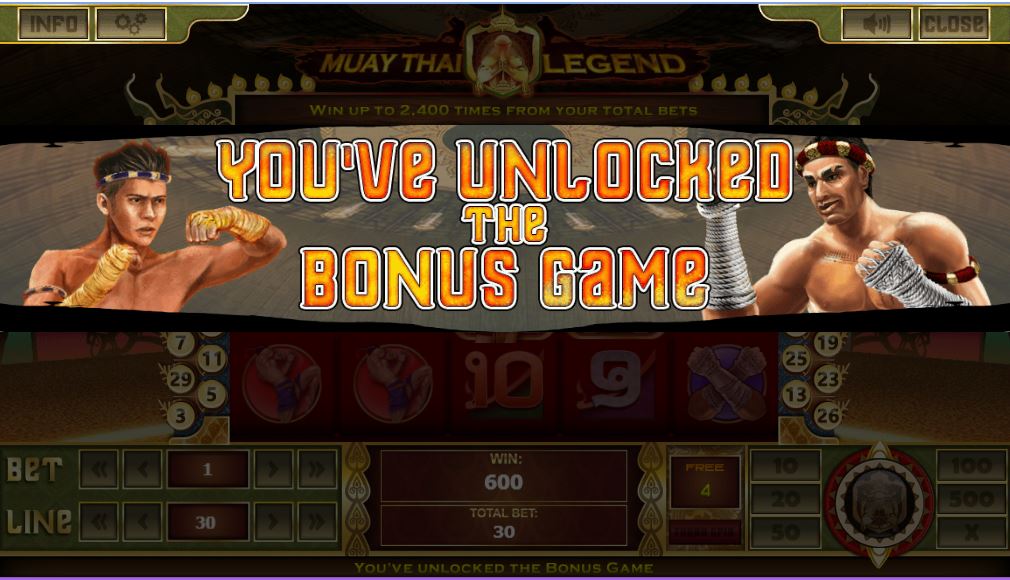 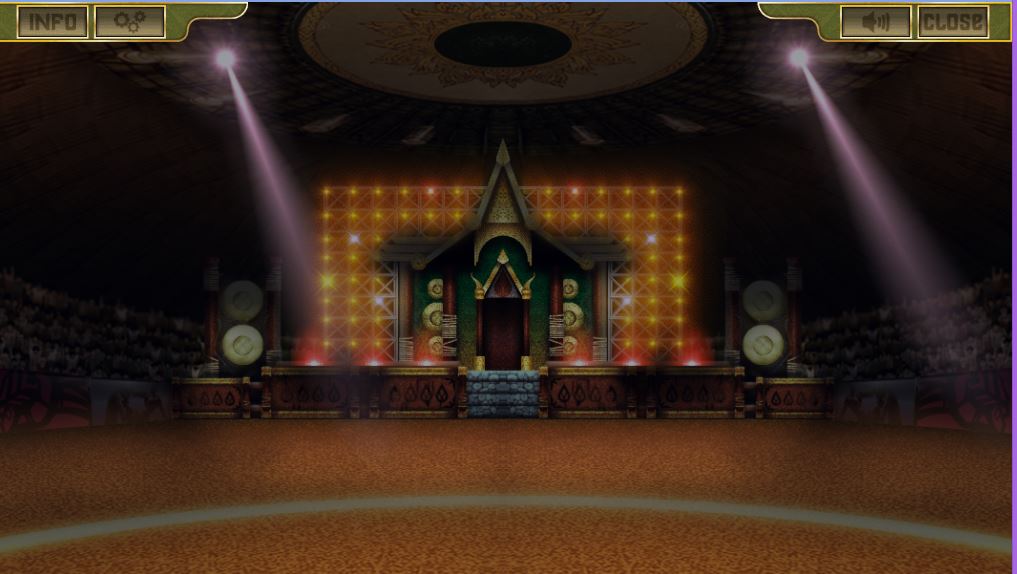 The scene will then shift to the stage where the two fighters will square off. 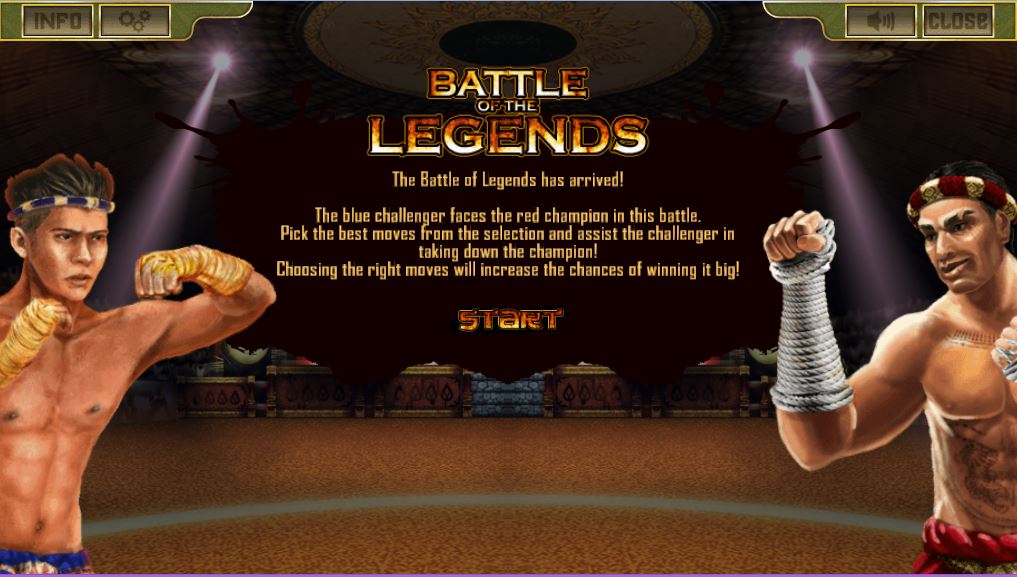 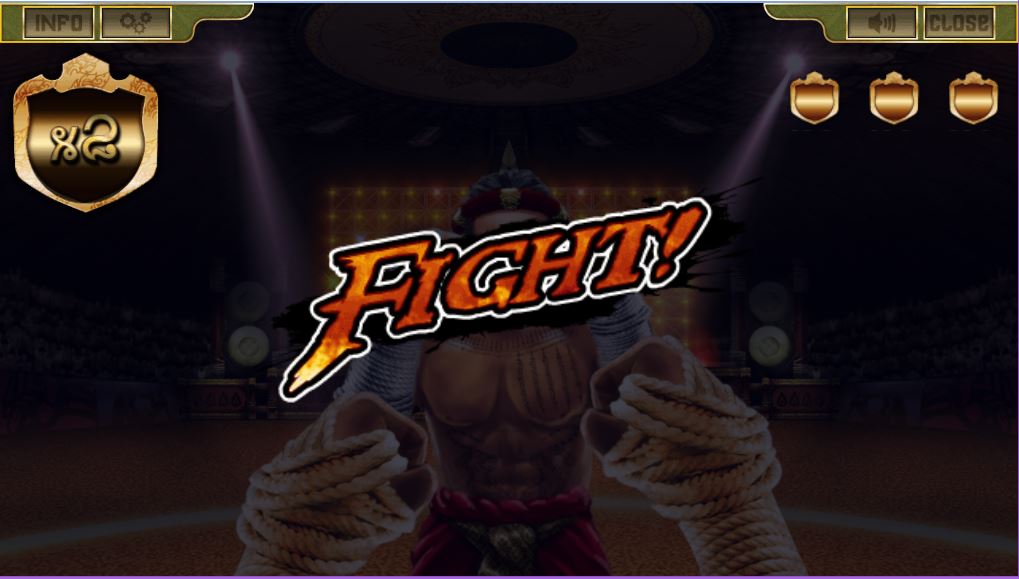 The player will then see the word FIGHT, signaling the start of the bonus game. 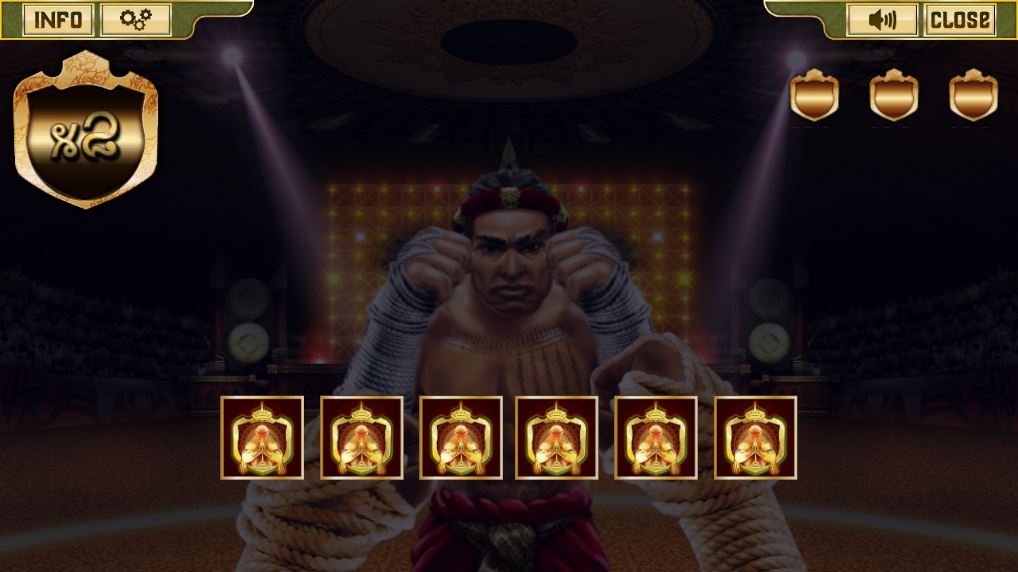 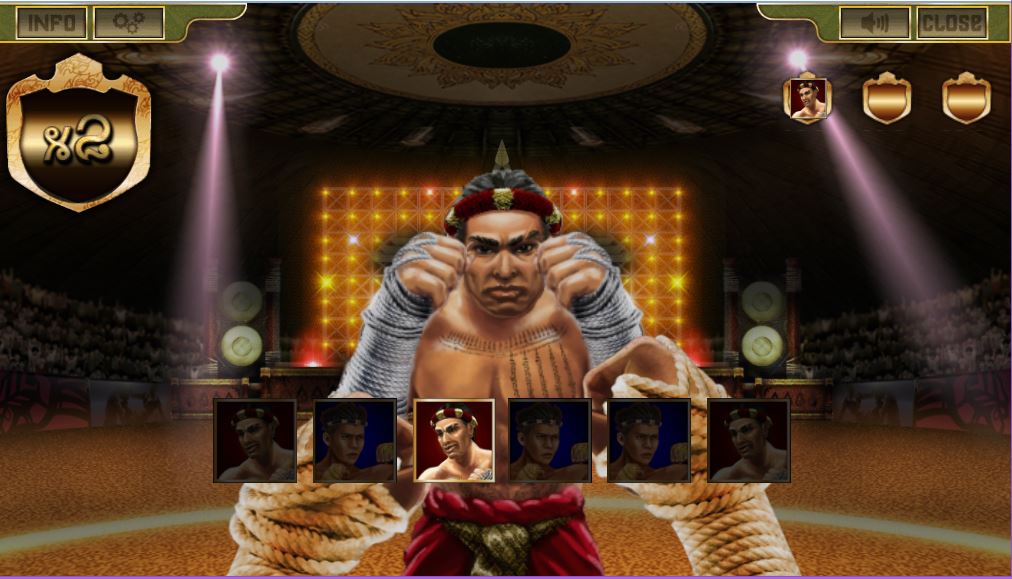 The player has three chances to pick a card to knock out the opponent. 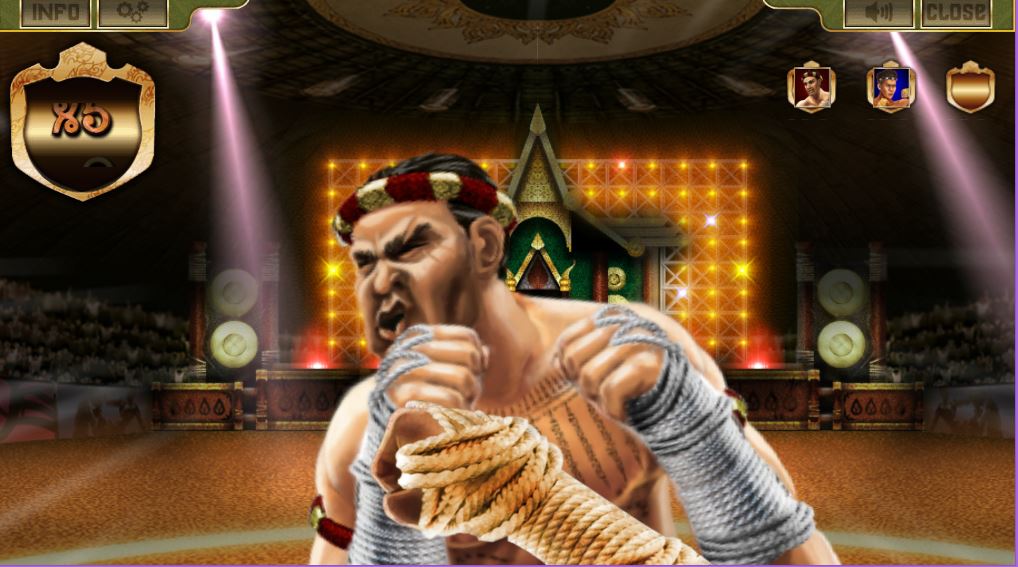 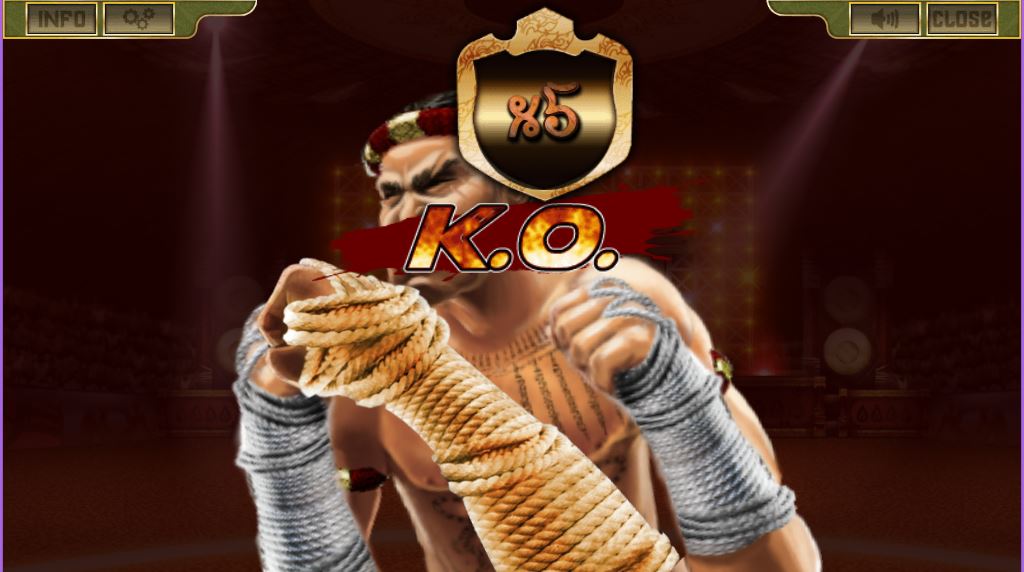 After the player knocks out the opponent, the winning flier with the respective winnings will appear. 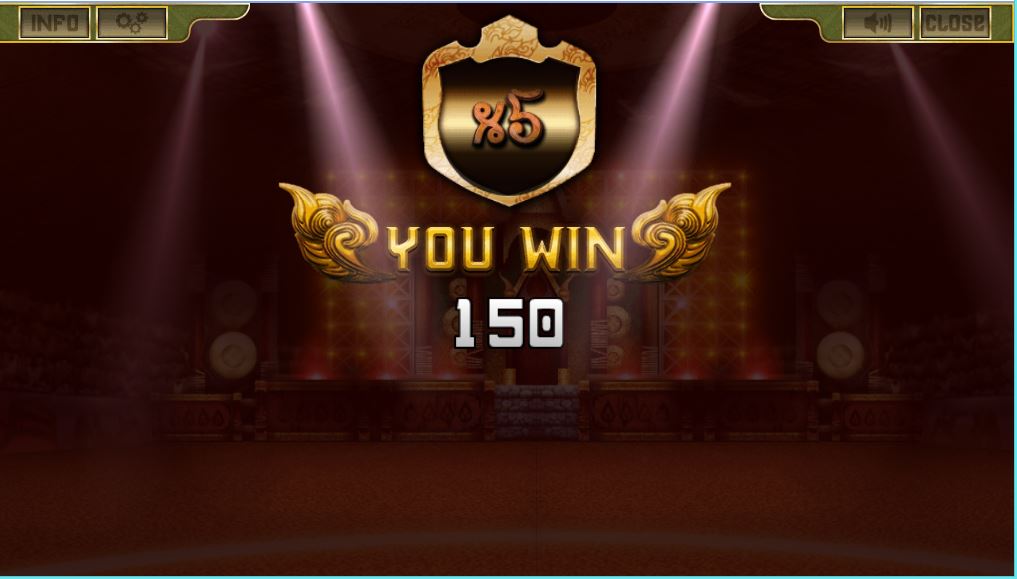 At the end of bonus game, the total prize will be displayed on the player's UI and the remaining free spins will be resumed.