How do I play the free games, match and win, and word combo feature in Irish Luck?

The Prize Pick is triggered when 3 or more scattered Leprechaun symbols appear anywhere.

The player is awarded one pick for each scattered Leprechaun symbol in the triggering combination.

Each pick reveals a Fairy or Leprechaun.

Fairies award a prize of up to 100x the total wager while the Leprechaun awards 10 Free Games.

Prizes awarded are added together.

Free Games are played using the same paylines and wager as the triggering game.

During Free Games all prizes are doubled. 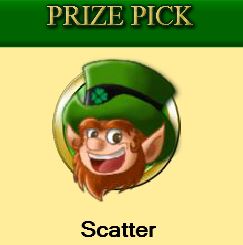 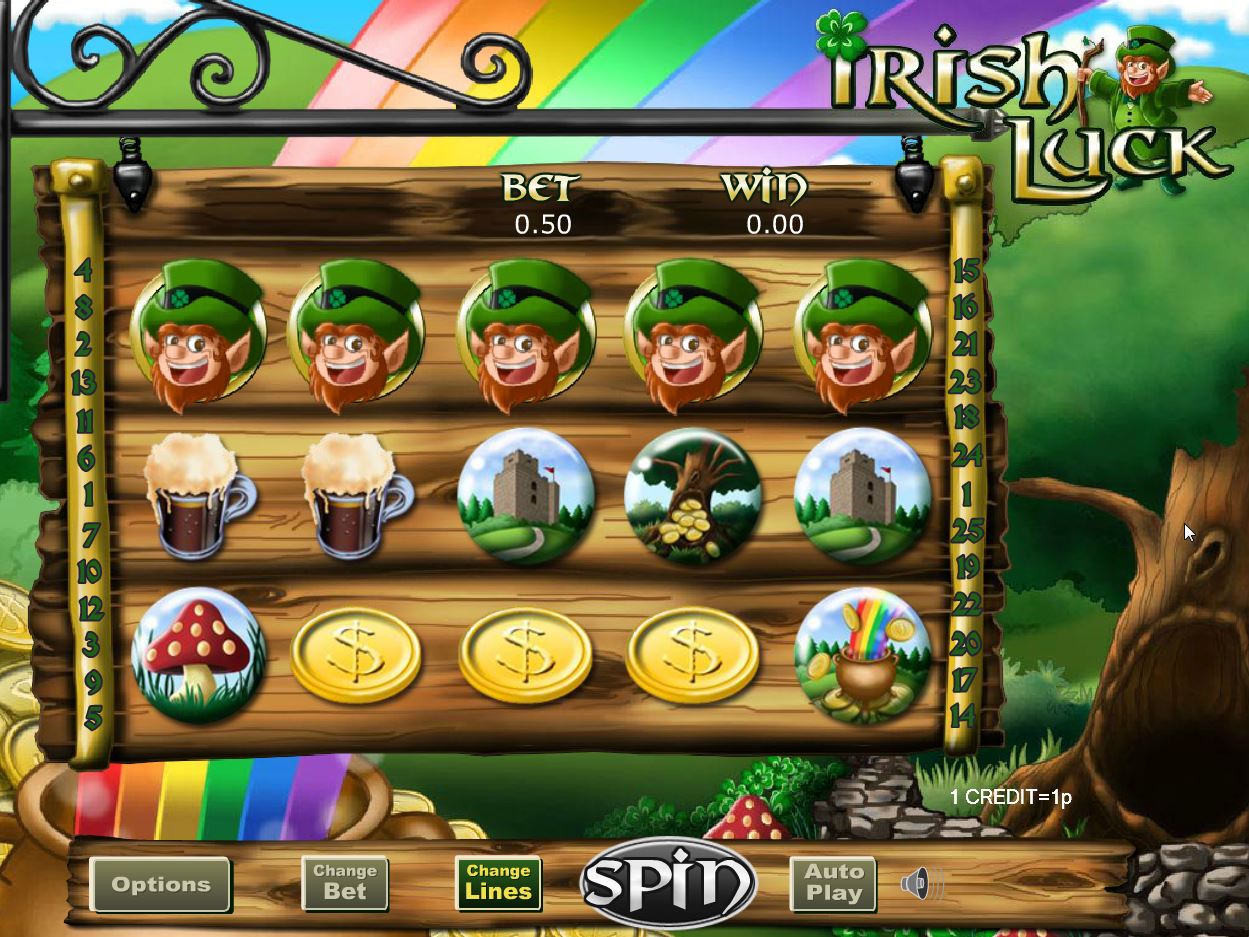 When in Prize Pick: 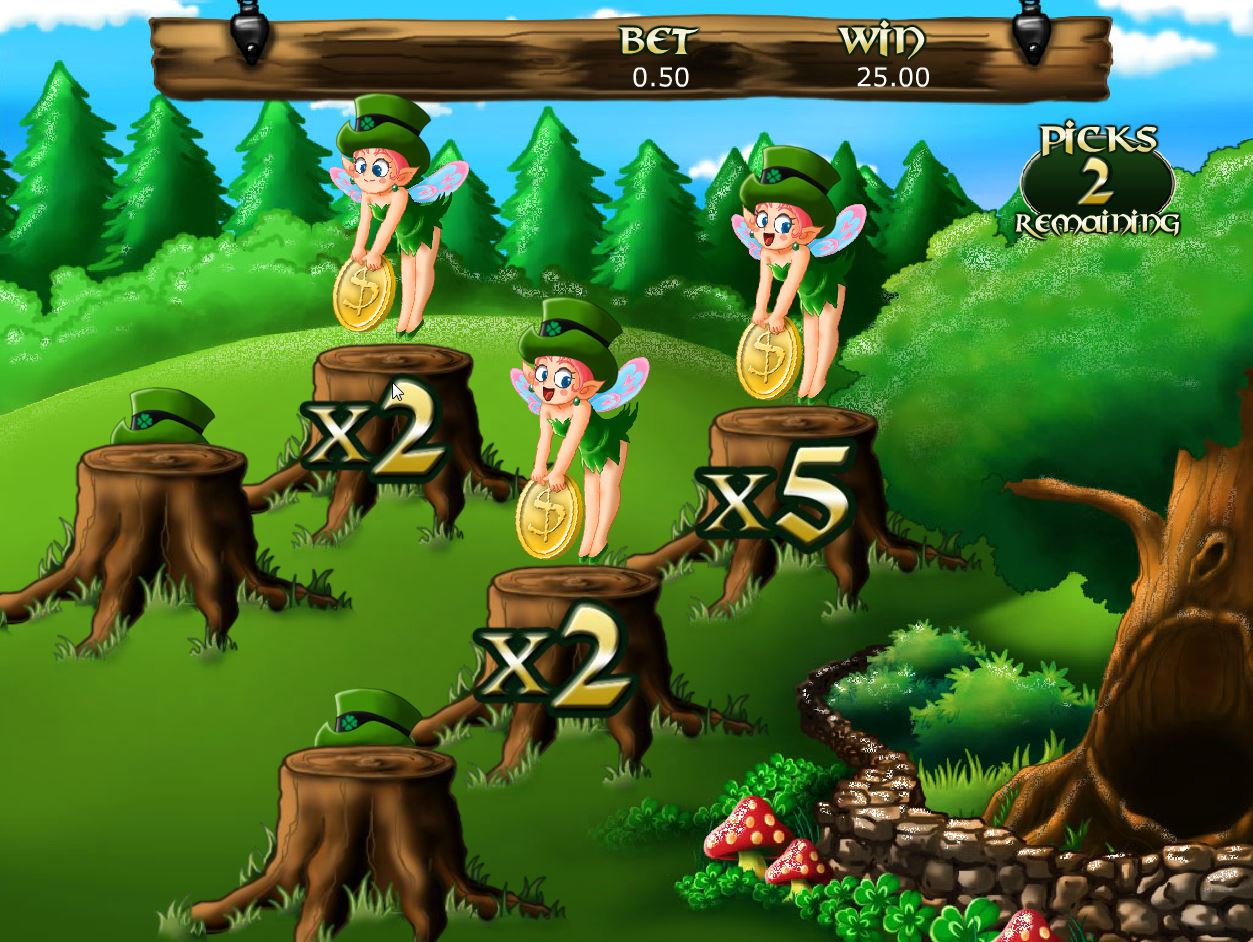 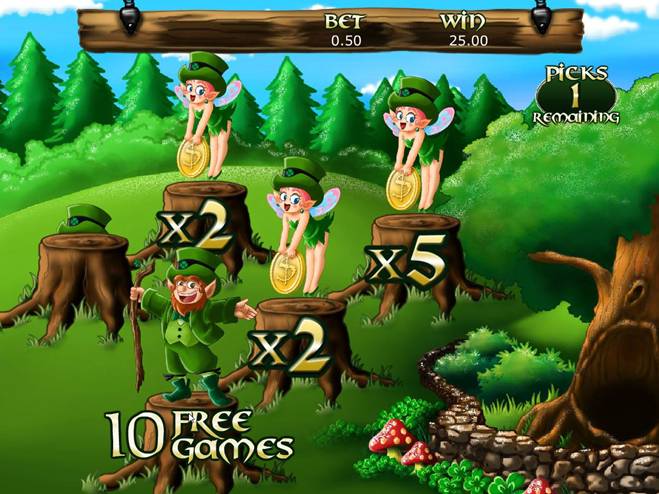 When in Free Games during Prize Pick: 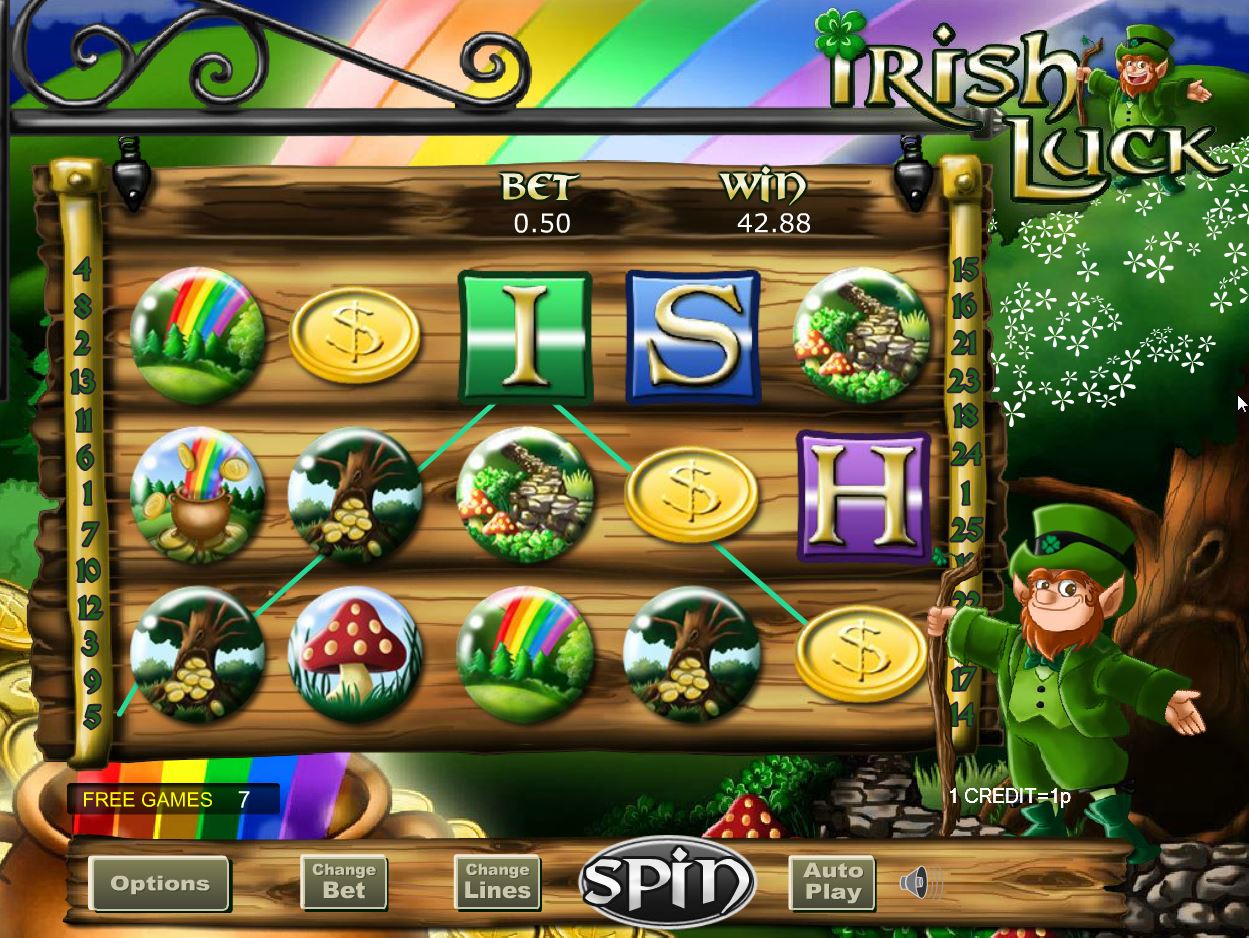 Match and Win is triggered when 3 or more scattered Fairy symbols appear anywhere.

The player selects a clover leave until a pair is revealed, which completes the feature.

The player wins the value of the matching pair multiplied by the total wager.

The Match and Win feature cannot be triggered during Free Games. 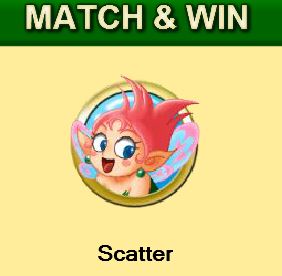 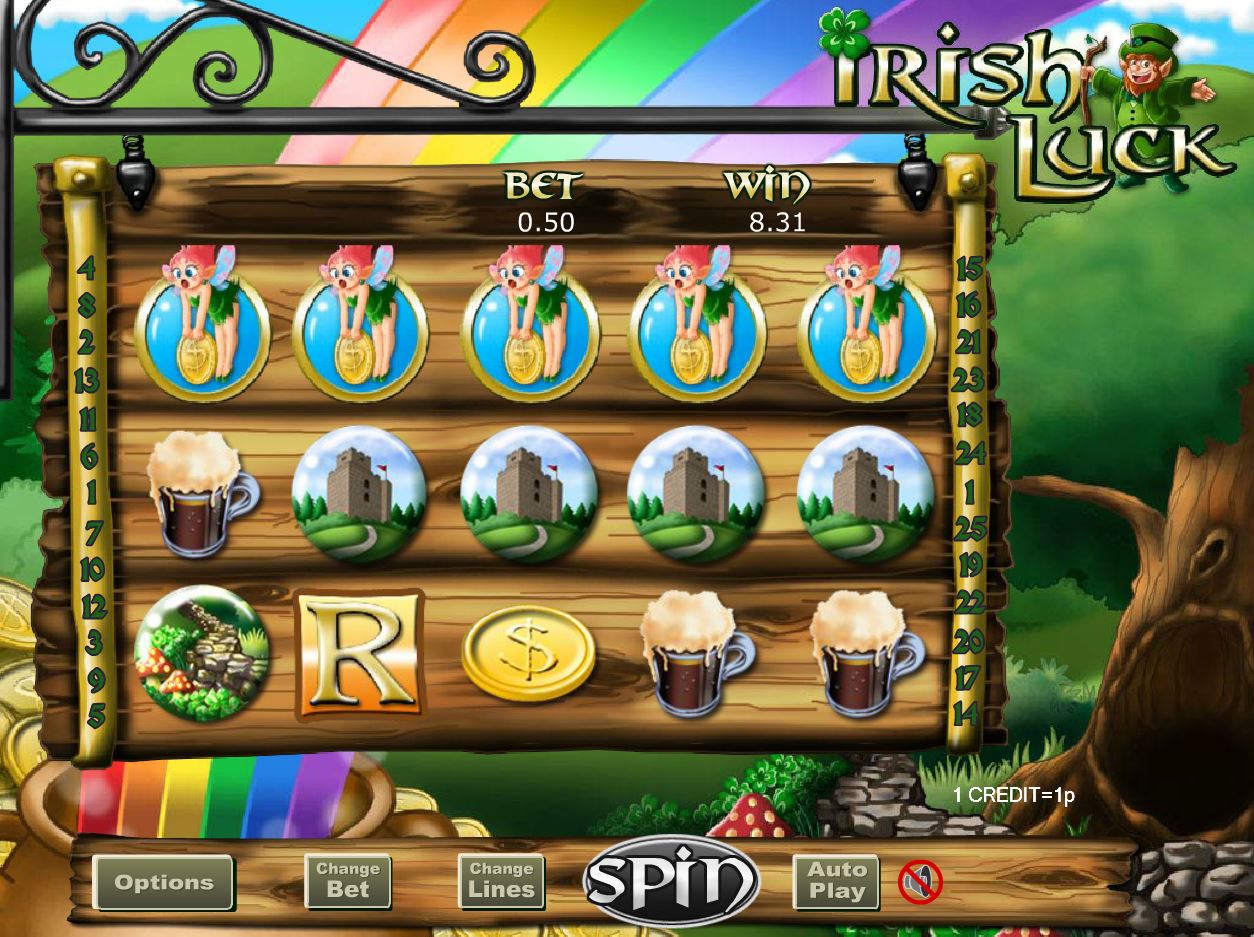 When in Match and Win: 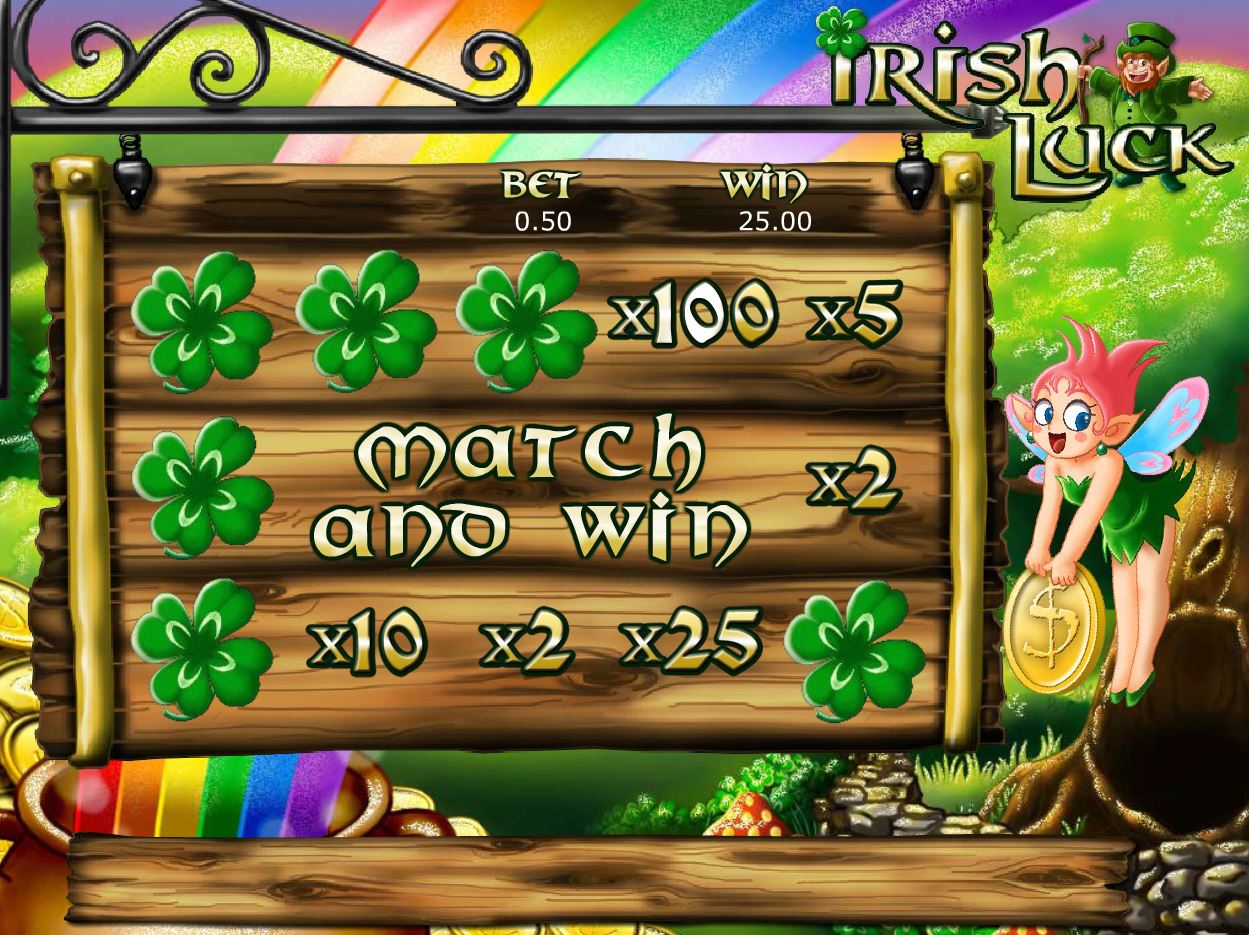 Winnings for Word Combo line pays Left to Right on active paylines, with a maximum prize for I-R-I-S-H.

What is Irish Luck?